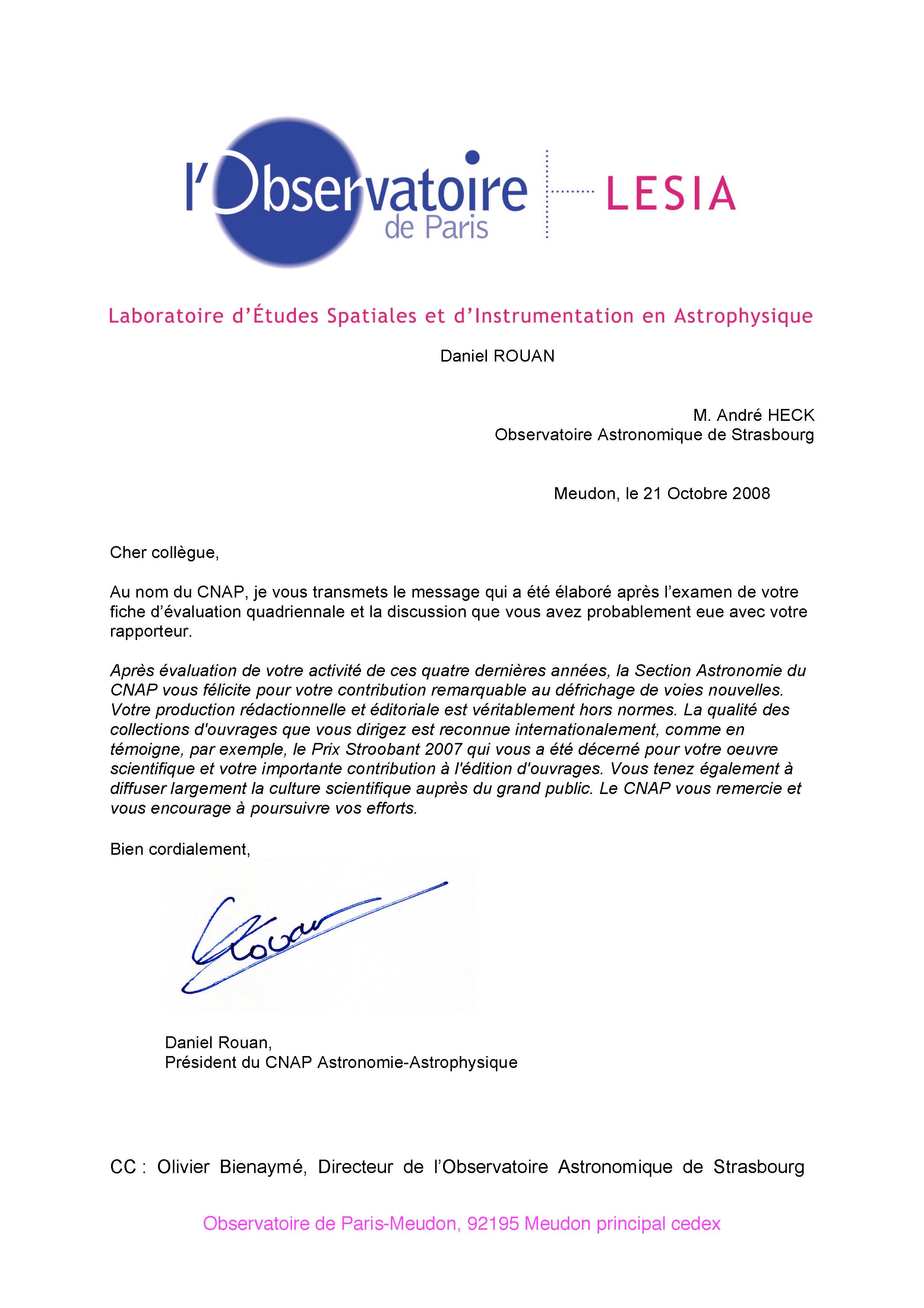 On 02 December 2008, the French National Council of Astronomers and Physicists (CNAP) promoted André HECK to the exclusive category of "Exceptional-Class Astronomers". Heck is the first astronomer to reach that level at Strasbourg Observatory.

A couple of months earlier, an evaluation exercise had been carried out on Strasbourg Observatory personnel and activities. Heck received subsequently, from CNAP's Chairman D. Rouan, the laudatory letter posted on this page and dated 21 October 2008. It reads in English as follows:

"In CNAP's name, I am transmitting hereafter the message elaborated after reviewing your quadriennial evaluation report and the discussion you probably had with your referee.

"After evaluating your activities over the last four years, CNAP's Astronomy Section congratulates you for your remarkable contribution to the opening of new research areas. Your editorial and publishing productions are truly over usual standards. The quality of the volume series you are directing is internationally recognized, as evidenced, for instance, by the Stroobant Prize you have been awarded for your scientific achievements and for your important contribution to book publishing. You are also largely devoting yourself to public outreach of scientific culture. CNAP thanks you and encourages you to continue your efforts.